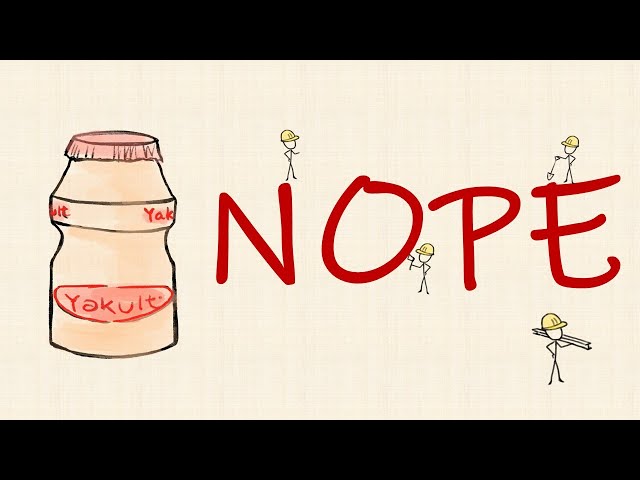 Learn whether or not Yakult is a healthy probiotic drink option, and get tips on how to incorporate it into a balanced diet.

Yakult is a type of fermented milk that is produced by adding a specific strain of bacteria to milk. This strain, known as Lactobacillus casei Shirota, is thought to offer numerous health benefits.

Yakult has been consumed in Japan for over 80 years and is now consumed in more than 30 countries worldwide. It’s available in most supermarkets and health food stores.

This fermented milk is a good source of several vitamins and minerals, including calcium, phosphorus, vitamin B12, and riboflavin. It also contains live bacteria that may offer several health benefits.

Yakult is a Japanese probiotic milk drink that has been around since 1935. It is made by fermenting milk with a specific strain of bacteria called Lactobacillus casei Shirota. Yakult has become popular in recent years for its purported health benefits.

So, what are probiotics? Probiotics are live microorganisms that offer health benefits when consumed. They are often called “good” or “helpful” bacteria because they help keep the gut microbiota healthy. Probiotics are found in fermented foods like yogurt, kefir, sauerkraut, and kimchi, as well as in supplements.

So, what does the science say about the health benefits of Yakult? Let’s take a look at some of the evidence.

The History of Yakult

Yakult was first created in 1930 by Dr. Shirota, a Japanese doctor who was looking for a way to improve the digestive health of his patients. He developed a probiotic yogurt drink using the lactobacillus strain of bacteria, which he found to be especially effective in promoting gut health. Yakult quickly became popular in Japan and is now consumed by millions of people around the world.

Yakult is made by fermenting milk with the lactobacillus bacteria. This fermentation process makes the drink easier to digest and also increases its nutrient content, making it an excellent source of vitamins and minerals. Yakult also contains live probiotic cultures, which are beneficial for gut health. Probiotics are live microorganisms that can provide health benefits when consumed in adequate amounts.

The Benefits of Yakult

Yakult is a fermented milk drink that originated in Japan. It is made by adding a specific strain of bacteria to milk, which ferments the lactose and produces lactic acid. This gives Yakult its characteristic slightly sour and tangy taste.

Yakult has been traditionally marketed as a probiotic beverage, and indeed, it does contain live bacteria. Probiotics are live microorganisms that can have health benefits when consumed in adequate amounts. The beneficial effects of probiotics are thought to be mediated by their ability to restore the balance of gut bacteria.

There is some evidence to support the health claims of Yakult. One study found that Yakult consumption was associated with a reduced risk of gastroenteritis, while another found that it improved bowel movements in constipated adults. Additionally, Yakult consumption has been shown to increase levels of beneficial gut bacteria.

Despite these findings, it is important to bear in mind that much of the research on Yakult and other probiotic foods has been done in animals or in small studies in humans. More research is needed to confirm the potential health benefits of probiotic foods like Yakult.

Overall, Yakult is a healthy beverage that may offer some digestive and immune system-related benefits. However, more research is needed to confirm these effects in humans.

The Side Effects of Yakult

Yakult is a popular probiotic drink that many people believe to be healthy. However, there are some potential side effects of Yakult that you should be aware of.

The most common side effect of Yakult is gastrointestinal discomfort. This can include bloating, gas, and diarrhea. If you experience any of these symptoms after drinking Yakult, it is best to stop drinking it and see if your symptoms improve.

Another potential side effect of Yakult is constipation. If you drink Yakult and find that you are constipated, you may want to try a different probiotic drink or supplement.

Yakult may also contain traces of soy and lactose, which can cause allergies in some people. If you are allergic to soy or lactose, you should avoid Yakult.

Overall, Yakult is safe for most people to consume. However, if you experience any side effects after drinking it, it is best to stop consuming it and see if your symptoms improve.

Yakult is a health drink that has many benefits. It is a good source of probiotics, which can help improve gut health. It also contains vitamins and minerals that can boost your immune system. While Yakult is healthy, it is important to remember that it is still a processed food and should be consumed in moderation.

Related Articles >  Is Celsius the New Healthy Drink?
0LikesShare Post
We use cookies on our website to give you the most relevant experience by remembering your preferences and repeat visits. By clicking “Accept All”, you consent to the use of ALL the cookies. However, you may visit "Cookie Settings" to provide a controlled consent.
Cookie SettingsAccept All
Manage consent