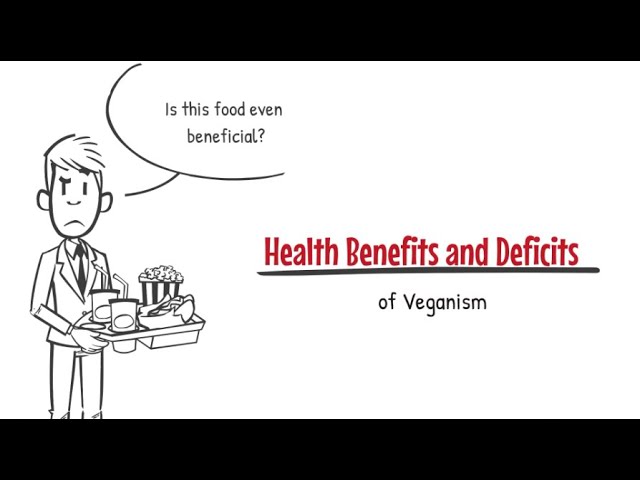 Is Veganism Healthy? The Pros and Cons

Considering a vegan diet? Here’s what you need to know about the pros and cons of veganism, from the impact on your health to the environmental factors.

The debate of whether veganism is healthy or not has been going on for years. Some people swear by the health benefits of a plant-based diet, while others find that it’s not sustainable long-term. So, what’s the truth? Is veganism healthy, or is it a fad diet that’s not worth your time?

In this article, we’ll take a look at the pros and cons of veganism to help you decide if it’s right for you. We’ll also provide some tips on how to make sure you get all the nutrients you need if you do decide to go vegan.

The Pros of Veganism

veganism has a number of health benefits, including a lower risk for heart disease, diabetes, and certain types of cancer. veganism is also associated with a lower body mass index (BMI) and lower cholesterol levels.

That whole “you are what you eat” thing? Turns out, it’s pretty accurate. Numerous studies have found that people who eat a mainly plant-based diet weigh less (and carry less body fat) than those who eat meat. In one study, for example, vegetarians were about 10 to 20 pounds lighter than their meat-eating counterparts.

When you eat a vegan diet, you are naturally consuming more fiber since plants are rich in this nutrient. Fiber is important for keeping your digestive system running smoothly and can help to prevent constipation, diarrhea, and other digestive issues. Plus, fiber has been linked to a lower risk of colon cancer.

Related Articles >  Is Peanut Butter Healthy? The Answer Might Surprise You

There are a few different mechanisms at play here. First, eating vegan is associated with lower body weights, and being overweight is a risk factor for type 2 diabetes. Second, plant-based diets tend to be high in fiber and low in refined carbs and saturated fat, which are all nutrients that help regulate blood sugar levels. And lastly, some studies have found that going vegan can increase levels of helpful compounds in the blood stream, like insulin and GLP-1, which help keep blood sugar levels in check.

When we think about the effects of a vegan diet on our health, heart disease is often one of the first things that comes to mind. A plant-based diet has been shown to reduce the risk of heart disease, and some studies have even found that it can be as effective as medication in treating and preventing the disease.

One of the ways that a vegan diet reduces the risk of heart disease is by lowering levels of unhealthy LDL cholesterol in the blood. LDL cholesterol is the “bad” type of cholesterol that can build up on the walls of blood vessels, leading to a condition called atherosclerosis. This buildup can eventually block blood flow and lead to a heart attack or stroke.

A vegan diet can also lower blood pressure, which is another major risk factor for heart disease. In one study, people who followed a vegan diet for 16 weeks had a significant reduction in both systolic (the top number) and diastolic (the bottom number) blood pressure.

Not only does a vegan diet reduce the risk of developing heart disease, but it can also be effective in treating it. A large meta-analysis found that a plant-based diet was just as effective as medication for lowering cholesterol levels and lowering the risk of having a heart attack or stroke.

There are many possible explanations for the link between veganism and cancer prevention. One is that vegan diets tend to be high in fiber, antioxidants, and other phytochemicals that may help protect cells from damage and prevent the formation of cancerous tumors. Additionally, vegan diets are usually low in fat and calories, which may also help reduce the risk of cancer.

The Cons of Veganism

The cons of veganism are that it can be more expensive, it can be difficult to find vegan-friendly products, and some people may not like the taste of vegan food. Additionally, some people may feel that they are not getting enough protein or other nutrients when following a vegan diet.

For people who have or are at risk for developing kidney problems, a vegan diet may help reduce the severity of the condition. One study found that a vegan diet may help improve kidney function in people with kidney disease. The study participants who followed a vegan diet had an increase in their estimated glomerular filtration rate (eGFR). The eGFR is a measure of how well the kidneys are filtering waste from the blood.

Difficulty getting enough vitamins and minerals

Vegans can get these nutrients from fortified foods or supplements, but they may need to be more careful about their diets to make sure they are getting enough of these nutrients.

One of the most common arguments against veganism is that it is difficult to get enough omega-3 fatty acids without eating fish or other animal products. However, this argument ignores the fact that there are plant-based sources of omega-3s, such as flaxseeds, chia seeds, and hemp seeds. Furthermore, some plant-based foods, such as soybeans and walnuts, contain small amounts of omega-3s.

Increased risk of some types of cancer

Animal products contain a number of known or suspected carcinogens. For example, meats are often contaminated with heterocyclic amines (HCAs) and polycyclic aromatic hydrocarbons (PAHs), which form when meat is cooked at high temperatures (19).

Additionally, animal fat intakes have been linked to greater prostate cancer risk, while dairy consumption has been associated with a higher risk of ovarian cancer (20, 21).

Cutting out animal products may help reduce your cancer risk. In fact, vegetarians have a 32% lower risk of developing colorectal cancer than non-vegetarians, while vegans have an 18% lower risk (22).

While some people may think that veganism is a healthy lifestyle choice, there are some potential risks that should be considered. One of the biggest concerns is the possibility of an increased risk of heart disease.

research has shown that vegan diets tend to be lower in saturated fats and cholesterol, which are two of the main risk factors for heart disease. However, they may also be lower in important nutrients like vitamin B12, iron, and omega-3 fatty acids, which could lead to an increased risk of heart disease.

Another concern is the potential for dehydration and malnutrition. While it is possible to get all the nutrients you need from a vegan diet, it is important to make sure that you are getting enough calories and fluids. If you are not careful, you could end up dehydrated or malnourished.

Finally, there is a concern that veganism could lead to an increased risk of some cancers. This is because vegan diets tend to be low in certain vitamins and minerals, such as vitamin D and calcium, which could increase the risk of some types of cancer.

After looking at all the pros and cons of veganism, it’s safe to say that veganism is a healthy diet for most people. However, it’s not necessarily the best diet for everyone. If you have any health concerns, it’s always best to speak with a doctor or registered dietitian before making any major changes to your diet.