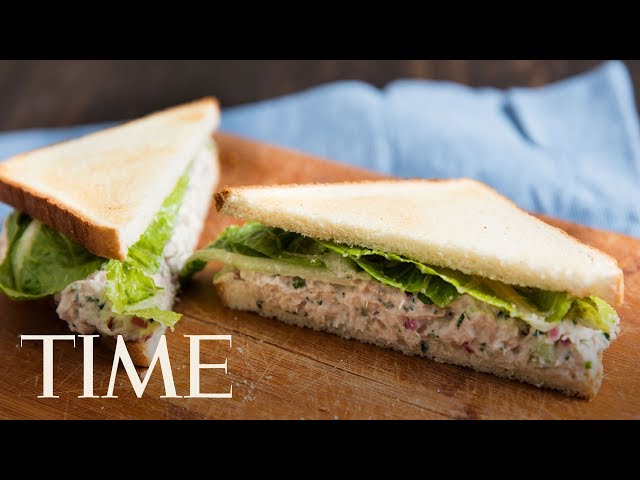 Is Tuna Healthy for You?

Tuna is a versatile and popular fish, but you may wonder whether it’s healthy. This article reviews the nutritional content of tuna and its potential health benefits.

Is tuna healthy for you? It is a common question with a variety of answers. tuna is a type of fish that is often consumed by humans. It is high in protein and low in fat, making it a popular choice for those who are looking to improve their health. There are a variety of different ways to prepare tuna, such as canned, fresh, or frozen. The health benefits of tuna are largely due to its high protein content, which can help with weight loss and muscle building. Additionally, tuna is a good source of omega-3 fatty acids, which have been linked to a number of health benefits, including reduced inflammation and improved heart health.

The History of Tuna

Tuna has been a staple in the human diet for centuries. It is a versatile fish that can be found in both fresh and salt water environments. Tuna is high in protein and low in fat, making it a healthy choice for those looking to improve their diet.

While tuna is considered to be a healthy food, there are some concerns about the mercury content of this fish. Mercury is a toxic metal that can accumulate in the body, causing health problems. For this reason, it is important to limit your intake of tuna, especially if you are pregnant or nursing.

If you are looking for a healthy fish to add to your diet, tuna is a good option. Just be sure to limit your intake and choose tuna that is low in mercury.

The Health Benefits of Tuna

Many people think of tuna as being a healthy fish. It is a good source of protein and omega-3 fatty acids, and it is low in mercury. However, there are some concerns about the sustainability of tuna stocks and the potential for mercury contamination. Let’s take a closer look at the health benefits and risks of eating tuna.

Tuna is a good source of protein

Tuna is a popular food fish that is low in fat and calories, but high in protein and omega-3 fatty acids. It is a good source of vitamins and minerals such as vitamin D, vitamin B12, selenium, and niacin.

The health benefits of eating tuna include better heart health, lower risk of stroke, and reduced inflammation throughout the body. Tuna is also a good source of protein, which is essential for building and repairing cells, tissues, and organs.

While there are many health benefits associated with eating tuna, there are also some risks. Tuna can contain high levels of mercury, which can be harmful to human health. Pregnant women and young children should avoid eating tuna because of the risk of mercury exposure.

Tuna is low in calories and fat

Canned tuna is a popular, convenient and affordable source of protein. It’s also low in calories and fat, making it a healthy addition to your diet.

Related Articles >  Is Apple Juice Healthy for You?

Tuna is an excellent source of omega-3 fatty acids, which are beneficial for your health in multiple ways. Omega-3 fatty acids can help reduce inflammation throughout your body, decrease your risk of heart disease, and improve your cognitive function. They may also help to protect against certain types of cancer.

The Risks of Eating Tuna

While tuna is a healthy fish packed with nutrients, there are also some risks to consider before making it a regular part of your diet. Tuna can contain high levels of mercury, which can be harmful to your health. Some health experts also recommend limiting your tuna intake because of the potential for overfishing.

Tuna contains mercury, which can be harmful to your health in large amounts. If you eat tuna regularly, you may be at risk for mercury poisoning. Mercury is a heavy metal that can damage your nervous system and cause other health problems.

The amount of mercury in tuna varies depending on the type of fish, the location where it was caught, and how it was processed. For example, canned light tuna usually has less mercury than canned white or albacore tuna.

Tuna also contains omega-3 fatty acids, which are beneficial for your health. However, the risks of mercury poisoning may outweigh the benefits of omega-3 fatty acids. If you’re concerned about mercury exposure, you should limit your consumption of tuna.

Tuna can be high in sodium

While tuna is a healthy seafood choice, it can be high in sodium. One 3-ounce serving of canned tuna in water contains about 200 mg of sodium. That’s about 13 percent of the daily recommended amount for people who consume 2,000 calories per day. If you’re on a low-sodium diet, you may need to limit your tuna intake or choose a variety that’s packed in water instead of oil.

Related Articles >  What Percentage of Dark Chocolate is Healthy?

In conclusion, tuna is a very healthy fish that provides a lot of nutrients and has various health benefits. It is a good source of protein, omega-3 fatty acids, selenium, vitamin D, and B vitamins. It is also low in mercury. However, it is important to limit your consumption of tuna to no more than twice per week to avoid potentially harmful effects on your health.