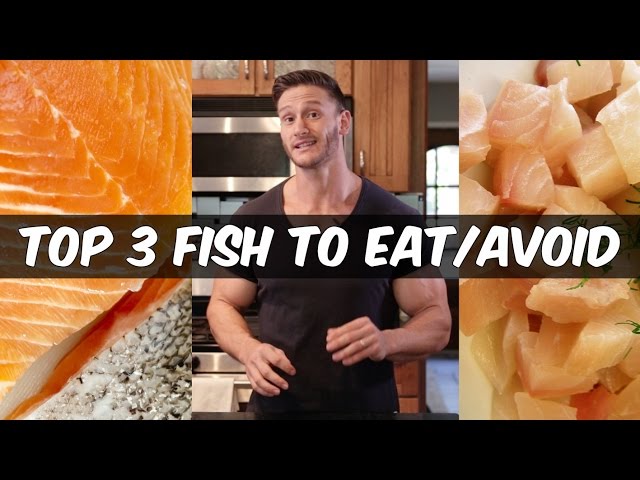 Is Tilapia Healthy? The Pros and Cons

Is tilapia healthy? It’s a common question with a complicated answer. Here, we break down the pros and cons of this popular fish.

Tilapia is one of the most popular fish in the world. It is widely consumed due to its relatively low price and mild taste. However, there is some controversy surrounding tilapia. Some people believe that it is not a healthy fish to eat, while others believe that it can be part of a healthy diet.

So, what is the truth? Is tilapia healthy? In this article, we will take a look at the pros and cons of tilapia to see if it is a good fish to eat.

Tilapia is a freshwater fish that is popular among fish farmers and home cooks alike. It is a versatile fish that can be cooked in many different ways and has a mild, slightly sweet flavor. Tilapia is high in protein and low in calories, making it a healthy choice for people who are trying to lose weight or maintain a healthy weight. However, some health experts have raised concerns about the healthiness of tilapia, as it is often raised in conditions that are not ideal for the fish or the people who eat it.

Tilapia is a type of freshwater fish that belongs to the cichlid family. It is native to Africa but has been introduced to other parts of the world, including North America, South America, and Asia. Tilapia is a popular food fish because it is easy to raise and farm and it has a mild flavor that appeals to many people. Tilapia is usually sold as fillets, but it can also be bought whole.

The main concern about tilapia’s healthfulness relates to the way it is raised. Tilapia that is raised in crowded ponds or tanks may be given antibiotics to prevent disease. These antibiotics can end up in the tilapia flesh, which means they may also end up in the people who eat tilapia. In addition, tilapia farming can lead to environmental problems such as water pollution.

Related Articles >  Is Steak Healthy? The Pros and Cons

So, while tilapia is generally considered to be a healthy food, there are some concerns about its potential health risks that should be considered before eating it on a regular basis.

The pros of tilapia

Tilapia is a white fish that is low in calories and fat but high in protein. It is also a good source of omega-3 fatty acids, which are beneficial for heart health. Tilapia is a versatile fish that can be cooked in many different ways and is relatively affordable.

It is a lean fish

Tilapia is a white fish that is low in fat and calories, but it is also low in omega-3 fatty acids. This means that it is not the best choice if you are looking for a fish that will provide you with a healthy dose of these essential nutrients.

It is a good source of protein

Tilapia is a good source of protein. A 100-gram serving of tilapia contains 19 grams of protein, which is about 38 percent of the daily recommended intake for adults. Protein is essential for cell repair and growth, and it helps you feel fuller after eating. It is also an important component of enzymes, hormones and other body chemicals.

It is low in calories

Tilapia is a low-calorie fish that is rich in protein. One fillet of tilapia has about 111 calories, 25 grams of protein, and 2.5 grams of fat (1).

Tilapia is also a good source of vitamins and minerals, including potassium, phosphorus, and selenium. It’s also low in mercury, which is a concern with some other fish.

It is low in saturated fat

It is low in saturated fat: One 3-ounce serving of tilapia contains about 1 gram of saturated fat, which is about 5 percent of the recommended daily intake for saturated fat.

It is a good source of omega-3 fatty acids

Tilapia is a good source of omega-3 fatty acids, which are essential for human health. However, some of the ways that tilapia is raised can lead to contamination with mercury and other toxins. As a result, it is important to choose tilapia that has been raised in a way that minimizes contamination.

Related Articles >  How to Stay Healthy This Winter

The cons of tilapia

As with any food, there are some potential drawbacks to consuming tilapia. These drawbacks are primarily associated with the way that tilapia is raised and processed rather than with the fish itself.

Some of the primary concerns associated with tilapia farming include:

-The use of antibiotics and other chemicals: Tilapia farmers often use antibiotics to prevent disease and other chemicals to improve growth. These residues can end up in the finished product.
-Environmental pollution: Tilapia farms can generate a significant amount of waste, which can pollute surrounding water sources.
-The risk of mercury contamination: Like other fish, tilapia may contain traces of mercury. This is a concern for pregnant women and young children in particular.

In addition, some people are concerned about the sustainability of tilapia farming. Because tilapia is native to Africa, Asia, and Central America, it can outcompete native fish species when introduced into new environments. This can cause problems for local ecosystems.

It may contain high levels of mercury

While tilapia is generally considered a healthy seafood to eat, some people are concerned about its possible health risks. One of the main concerns is that tilapia may contain high levels of mercury.

Mercury is a toxic element that can accumulate in fish and shellfish. It’s believed to cause a variety of health problems, including neurological problems and cardiovascular disease.

Another concern is that tilapia may contain unhealthy levels of dioxins. Dioxins are chemicals that can accumulate in fish and shellfish. They’re believed to cause cancer and other health problems.

Finally, some people worry that tilapia may not be a sustainable seafood choice. This is because most tilapia sold in the United States is imported from countries with few environmental regulations.

Despite these concerns, tilapia remains a popular seafood choice. This is likely because it’s relatively affordable and easy to find. If you’re concerned about the potential risks of tilapia, you may want to limit your intake or choose other types of fish instead.

It may contain high levels of dioxins

Dioxins are a type of chemical pollutant that can accumulate in fish tissue. They’re classified as “persistent organic pollutants” (1).

Tilapia is one of the most commonly consumed fish in the world. It’s affordable, mild-tasting and easy to cook.

Unfortunately, it also ranks high on a list of fish that contain potentially harmful levels of dioxins (2).

Dioxins are environmental pollutants that are known to cause cancer in animals and humans. They’re classified as “persistent organic pollutants” (1).

Exposure to dioxins has been linked to an increased risk of several types of cancer, including breast cancer and cancer of the liver, pancreas and prostate (3, 4, 5).

Some studies have also found an association between dioxin exposure and immune system suppression, endometriosis and interference with hormone function (1).

Tilapia may contain high levels of dioxins because it feeds on algae and other aquatic plants that absorb these pollutants from the environment. The dioxins then accumulate in tilapia tissue (2).

So, is tilapia healthy?

While there are some benefits to tilapia, there are also some significant drawbacks. Let’s take a closer look at the pros and cons of this popular fish.

Pros:
-Tilapia is a low-calorie, low-fat source of protein.
-It is a good source of niacin, phosphorus, and vitamin B12.
-Tilapia is rich in omega-3 fatty acids, which have numerous health benefits.

Cons:
-Much of the tilapia sold in the United States is raised in ponds in China, where environmental regulations are lax.
-Tilapia may contain high levels of mercury and other contaminants.
-Some research suggests that tilapia may actually increase inflammation in the body.

When it comes to fish, there are a lot of different options to choose from. But one type of fish that has become increasingly popular in recent years is tilapia.

At the end of the day, it’s up to you to decide whether or not you think tilapia is a healthy option for you. If you’re looking for a low-calorie, low-fat source of protein, then tilapia may be a good option for you. However, if you’re concerned about the potential for high levels of mercury, then you may want to choose another type of fish.