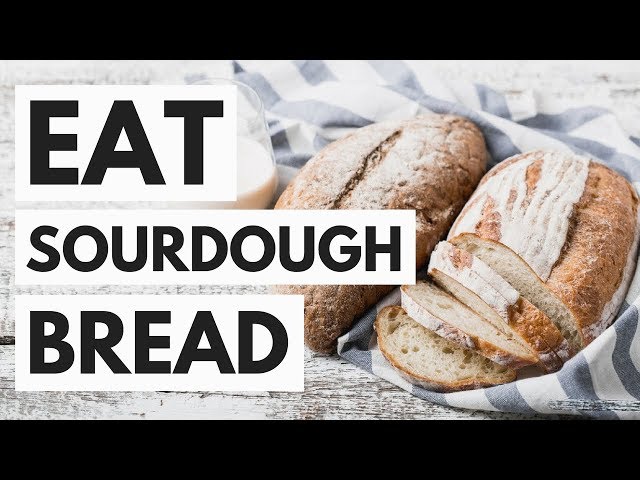 If you’re wondering whether sourdough bread is really healthy, you’re not alone. There’s a lot of conflicting information out there about this popular type of bread.

At its core, sourdough bread is made from flour, water, and a starter culture. This combination of ingredients creates a bread that is lower in sugar and higher in healthy probiotics than other types of bread.

So, is sourdough bread really healthy? The answer may surprise you.

The History of Sourdough Bread

Sourdough bread has a long and storied history. It is thought to have originated in ancient Egypt, almost 4,000 years ago. The first known mention of sourdough bread is from the writings of Aristotle in the 4th century BCE. Sourdough bread was also a staple of the Roman army. Soldiers carried a piece of sourdough starter with them on their campaigns so that they would have fresh bread to eat.

Sourdough bread made its way to the Americas with the early explorers and settlers. San Francisco is well-known for its sourdough bread, which was first made there in the 1850s by an Italian immigrant named Domenico Ghirardelli. The cool and damp climate of San Francisco is ideal for growing the bacteria and yeast that give sourdough its distinctive flavor.

Today, sourdough bread is enjoyed all over the world. It is especially popular in Europe, where it is often used for making sandwiches and as a base for pizzas and other dishes.

The Benefits of Sourdough Bread

Sourdough bread has been around for centuries and is made with a fermented dough. The fermentation process makes the bread more nutritious and easier to digest. Sourdough bread is also lower in gluten, which makes it a good option for people with gluten sensitivities. Let’s take a closer look at the benefits of sourdough bread.

Sourdough bread has been around for centuries and is made by fermentation of dough using naturally occurring lactobacilli and yeast. The fermentation process results in the production of lactic acid, which gives sourdough its distinctive sour taste. Lactic acid also acts as a preservative, preventing the growth of harmful bacteria.

Recent studies have shown that sourdough bread is more easily digested than other types of bread, due to the presence of lactic acid. The lactic acid helps to break down the gluten in the flour, making it more digestible. Sourdough bread is also a good source of prebiotics, which are indigestible food sources that promote the growth of healthy bacteria in the gut.

Sourdough bread has a lower glycemic index than other types of bread, which means it doesn’t cause spikes in blood sugar levels.

Reduced Inflammation
The lactic acid produced by the fermentation of sourdough bread can help to reduce inflammation in the gut. This is beneficial for those suffering from conditions like Crohn’s disease, ulcerative colitis, and irritable bowel syndrome.

Improved Digestion
The fermentation process pre-digests the carbohydrates and breaks down the gluten, making sourdough bread easier to digest. This is especially helpful for those with gluten sensitivities or celiac disease.

Better Blood Sugar Control
Because sourdough bread is easier to digest, it has a lower glycemic index than other types of bread. This means that it won’t cause spikes in blood sugar levels.

Weight Loss
Because sourdough bread is more filling than other types of bread, it can help you to lose weight or maintain a healthy weight.

The Risks of Sourdough Bread

While sourdough bread may be a healthier option than other types of bread, it is important to be aware of the potential risks associated with it. Sourdough bread is made with a type of yeast that can cause gastrointestinal issues in some people. It is also high in sugar and calories, which can lead to weight gain.

One of the potential risks of sourdough bread is contamination. Sourdough starters can become contaminated with harmful bacteria, such as Listeria, which can cause food poisoning.

Related Articles >  Is Curry Healthy? The Surprising Benefits of this Spicy Dish

To avoid contamination, it’s important to keep your sourdough starter clean and free from other food sources. You should also bake your bread at a high enough temperature to kill any harmful bacteria.

If you’re concerned about the safety of sourdough bread, you can always choose to buy commercially produced sourdough bread, which undergoes strict safety testing before it hits store shelves.

While many people are able to enjoy sourdough bread without any issues, some people may be intolerant to it. This is because sourdough bread contains a type of yeast called Candida albicans, which can cause digestive problems in some people.