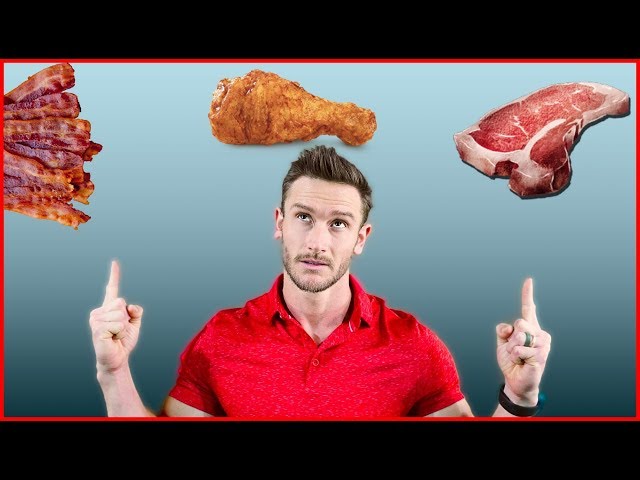 Is Pork Healthier Than Beef?

Is pork healthier than beef? That’s a question that many people have been asking lately. While there are some clear differences between the two meats, the answer is not as simple as you might think. In this blog post, we’ll take a closer look at the two meats and see what the experts have to say.

The debate over which meat is healthier – pork or beef – has been waging for years. Both meats have their pros and cons in terms of health, but there are some key differences to consider.

Fat content is one of the most important considerations when choosing between pork and beef. Pork is naturally higher in fat than beef, with a leaner cut of pork containing about 10% fat compared to a leaner cut of beef, which contains about 5% fat. In terms of saturated fat, pork is also higher in saturated fat than beef. However, both meats are low in unhealthy transfats.

Another important factor to consider is the nutrients that each meat provides. Both pork and beef are excellent sources of protein, but beef is a better source of iron than pork. Pork is a good source of thiamin, niacin and vitamin B6, while beef is a good source of riboflavin and vitamin B12. In terms of minerals, pork contains more phosphorus than beef, while beef contains more zinc than pork.

From a health perspective, then, both pork and beef have their benefits and drawbacks. Ultimately, the best choice for you depends on your individual nutritional needs and preferences.

Pork and beef are both excellent sources of protein, but there are some differences in the nutrient content of these two meats. Pork is a good source of thiamin, niacin, vitamin B6, and phosphorus, while beef is a good source of iron, zinc, and selenium. Both pork and beef are relatively low in calories and fat compared to other sources of protein.

The health benefits of pork

Pork is often considered an unhealthy meat because it is high in saturated fat. However, pork can actually be a healthy part of your diet if it is consumed in moderation and cooked properly.

Some of the health benefits of pork include:

-Pork is a good source of protein and helps to build and repair muscle tissue.
-Pork is rich in B-vitamins, which are essential for energy production, cell metabolism, and brain function.
-Pork tenderloin is especially lean and low in calories, making it a good choice for those watching their weight.
-Pork can help to lower cholesterol levels and reduce the risk of heart disease.

While pork does offer some health benefits, it is important to remember that it is still a high-fat meat. It should be consumed in moderation as part of a balanced diet.

The health benefits of beef

There are a number of health benefits associated with eating beef. Beef is a good source of protein, iron, zinc, and B vitamins. It is also relatively low in saturated fat.

However, it is important to note that the health benefits of beef depend on the type of beef you eat. For example, leaner cuts of beef are generally healthier than fattier cuts. Grass-fed beef may also be healthier than grain-fed beef, as it contains higher levels of CLA and other healthy fats.

Which is healthier: pork or beef?

While pork and beef are both excellent sources of protein, there are a few key differences between the two that might make one or the other a better choice for your health.

For one, pork tends to be lower in calories and saturated fat than beef. It’s also a good source of several vitamins and minerals, including thiamin, selenium, phosphorus, and zinc.

However, pork can also be high in sodium and cholesterol, so it’s important to choose lean cuts and cook them in healthy ways. Overall, lean pork is a nutritious option that can be part of a healthy diet.

After looking at all of the information, it seems that pork is indeed healthier than beef. Pork has less saturated fat, more unsaturated fat, and less cholesterol than beef. Additionally, pork is a good source of protein, B vitamins, and minerals like zinc and iron. So, if you’re looking for a healthier option, pork might be the way to go.