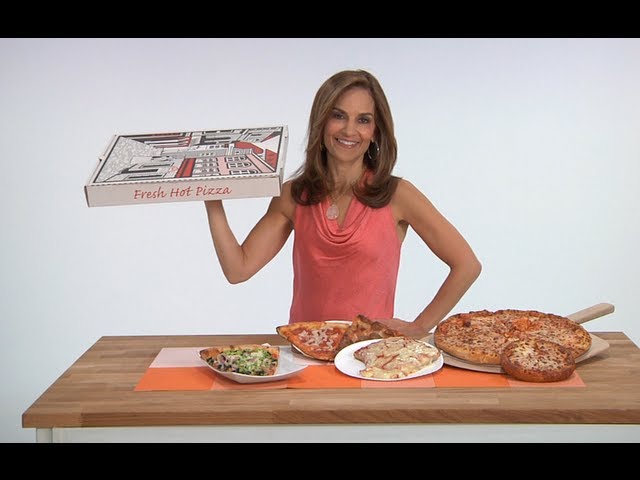 Is Pizza Really That Healthy?

Is pizza really that healthy? A lot of people seem to think so, but is it really? Let’s take a closer look at the nutritional value of pizza and see if it really is as healthy as people think.

We all know pizza isn’t the healthiest food out there. After all, it’s loaded with greasy cheese and pepperoni, and it’s often served with a side of salty fries. But is pizza really as bad for you as we think? Let’s take a closer look at the nutritional value of this popular dish.

One slice of pepperoni pizza from a large pie has about 285 calories, 11 grams of fat, and almost 800 mg of sodium. That doesn’t sound too good, but it’s not all bad news. Pizza also has some redeeming nutritional qualities. For example, one slice has about 15% of the recommended daily value for calcium, and it’s also a good source of protein and vitamin A.

So, is pizza healthy? That depends on how you look at it. If you’re trying to lose weight or eat a low-fat diet, then pizza is probably not the best choice. However, if you’re just looking to enjoy a delicious treat every now and then, pizza can be part of a healthy diet. Just remember to limit yourself to one or two slices, and don’t forget to add some fruits and vegetables to your meal to balance things out.

While pizza is not the healthiest food out there, it is not as unhealthy as some people make it out to be. A slice of pizza from a typical large pizza chain contains about 300 calories.

Carbohydrates are found in a variety of foods, including pasta, bread, and rice. They are also found in starchy vegetables such as potatoes, corn, and peas. Pizza crust is made from flour, water, and yeast. The dough is then allowed to rise and is usually baked with a variety of toppings.

One slice of pizza with a thin crust (about one-sixth of a medium pizza) has approximately:
-260 calories
-10 grams of fat
-5 grams of saturated fat
-27 grams of carbohydrates
-2 grams of fiber
-8 grams of sugar
-10 grams of protein

One slice of pepperoni pizza has about 291 calories, which is not a lot compared to other high calorie foods. However, most people eat more than one slice of pizza. Pizza also has a lot of fat and sodium, which can be bad for your health if you eat too much.

Pizza does have some nutrients like protein and calcium. One slice of pepperoni pizza has about 7 grams of protein. Pizza also has calcium because of the cheese. However, pizza is not a good source of vitamins and minerals like fruits and vegetables are.

Pizza also contains a small amount of polyunsaturated fat, which is a healthy type of fat that helps to protect your heart.

So, while pizza does contain some unhealthy fats, it also contains some healthy fats as well.

Pizza is not a complete food, meaning it does not have all the nutrients your body needs to function properly. However, it can be a part of a healthy diet if you choose your toppings wisely. Here are some of the vitamins and minerals you’ll find in pizza.

Vitamin A: This vitamin is found in cheese and tomato sauce and is important for vision, immune function, and reproduction.

Vitamin B6: This vitamin is found in all types of pizza and is important for metabolism and energy production.

Vitamin B12: This vitamin is found in meat toppings and is important for the nervous system and blood cells.

Calcium: This mineral is found in cheese and is important for bone health.

Iron: This mineral is found in meat toppings and is important for oxygen transport and energy production.

The Health Benefits of Pizza

You might be surprised to learn that pizza can actually be quite healthy. If you choose the right ingredients, pizza can provide you with a good amount of protein, vitamins, and minerals. It can also be a good source of fiber.

One of the main health benefits of pizza is that it can help you lose weight.
A study published in the American Journal of Nutrition found that people who ate pizza regularly had a lower body mass index (BMI) than those who didn’t eat pizza.

Pizza is also a good source of protein and fiber, which are two nutrients that can help you feel full and satisfied after eating.

So, if you’re trying to lose weight or maintain a healthy weight, eating pizza may be a good option for you.

Pizza is often criticized for being unhealthy, but it can actually have some benefits for your digestion. The bread base can help to bulk up stools and make them easier to pass. The tomato sauce is also a good source of lycopene, which has been linked to improved gastrointestinal health.

Cancer is the second leading cause of death globally, and 1 in 6 deaths worldwide are caused by cancer. According to the World Health Organization (WHO), about 18 million new cancer cases and 9.5 million cancer deaths occur each year.

Another study showed that people who ate a diet high in calcium had a lower risk of developing colorectal cancer. The calcium in pizza can help to protect against this type of cancer.

Pizza also contains a variety of other nutrients that have been linked with a reduced risk of cancer, such as fiber, selenium, and vitamins A, C, and E.

The Health Risks of Pizza

Pizza is one of the most popular foods in the world, but is it really that healthy? A lot of people believe that pizza is a healthy food because it is made with vegetables and cheese. However, there are some health risks associated with pizza. Let’s take a closer look.

Of course, pizza isn’t the only food that can contribute to weight gain and obesity. But it is a significant contributor. A large pizza can have as many as 3,000 calories — more than half the daily calorie intake recommended for some adults. And one study found that people who eat pizza regularly are more likely to be overweight or obese than those who don’t eat pizza.

If you’re trying to lose weight or prevent weight gain, you might want to limit how much pizza you eat. And if you do eat pizza, choose a healthier option with less cheese and smaller servings of meat and vegetables.

Pizza has been linked to an increased risk of heart disease. A study in the journal Circulation found that people who ate two or more slices of pizza a week had a higher risk of developing cardiovascular disease than those who didn’t eat pizza.

The risk was especially high for those who ate processed meats like pepperoni or sausage on their pizza. Processed meats are known to increase the risk of heart disease, so it’s not surprising that they would have the same effect when paired with pizza.

Pizza is also high in saturated fat, which can raise cholesterol levels and contribute to heart disease. If you’re concerned about your heart health, it’s best to limit your intake of pizza or choose a healthier option like vegetable toppings.

There are many health risks associated with pizza, but one of the most serious is diabetes. Pizza is high in carbohydrates and can cause your blood sugar to spike, which can lead to diabetes. Pizza is also high in saturated fat and sodium, which can increase your risk for heart disease. If you have diabetes, you should limit your intake of pizza andother high-carb foods.

Pizza is often seen as an unhealthy food, but it can be a part of a healthy diet if it is consumed in moderation. A slice of pizza has about the same amount of calories as a plain piece of bread, so it is not as calorie-dense as some other foods. Pizza is also a good source of protein and calcium.