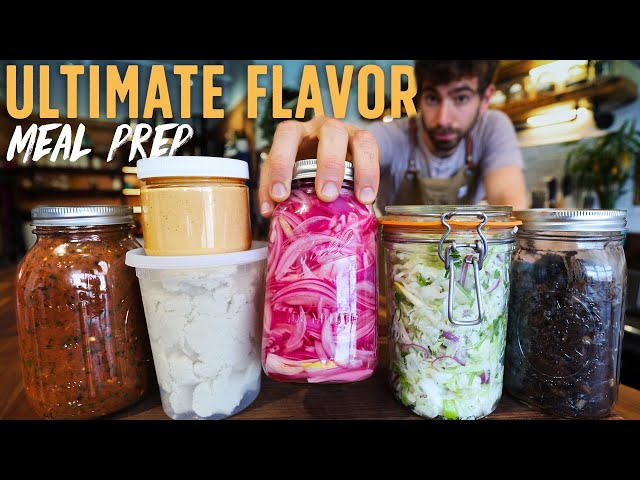 Mexican food is known for being very flavorful and often spicy. The ingredients used in Mexican cuisine are varied and can include chili peppers, cumin, garlic, beans, avocados, tomatoes, and corn. While some of these ingredients are healthy, others may not be as good for you.

Chili peppers are a common ingredient in Mexican food and can add a lot of flavor to dishes. However, they can also be quite spicy. If you don’t like spicy food or have trouble tolerating spice, you may want to avoid dishes that contain chili peppers.

Cumin is another ingredient that is often used in Mexican food. It has a strong flavor and can be added to both savory and sweet dishes. Cumin is a good source of iron and other minerals, and it can also help to boost your metabolism.

Beans are a staple in Mexican cuisine. They are usually boiled or stewed with spices and other ingredients to create delicious dishes. Beans are an excellent source of protein, fiber, and vitamins and minerals. However, they can also be high in carbohydrates and calories depending on how they are prepared.

Avocados are often used in Mexican food as well. They can be eaten alone or added to other dishes such as salads or dips. Avocados are a good source of healthy fats, fiber, and vitamins and minerals. However, they can also be high in calories if you eat too much of them

There are, of course, some exceptions to this rule. Most notably, many Mexican dishes are loaded with cheese and sour cream, which can add significant amounts of fat and calories. In addition, some Mexican foods – such as chiles rellenos and deep-fried tacos – are fried in oil, which adds fat and calories.

So, if you’re looking to enjoy a healthy Mexican meal, be sure to choose dishes that are grilled or baked, rather than fried. And limit your cheese and sour cream intake. With those simple tips in mind, you can enjoy all the deliciousness that Mexican cuisine has to offer!

Mexican food gets a bad rap for being unhealthy. But, when prepared the right way, Mexican food can actually be quite healthy! Mexican food is typically high in vitamins and minerals, and low in saturated fats.

When it comes to fighting cholesterol, avocado is a superhero. Mexican dishes that contain avocado as a primary ingredient can help lower your LDL cholesterol levels while increasing your HDL cholesterol (that’s the good kind). HDL cholesterol helps remove plaque from arteries, which lowers your risk of heart disease.

In one study, people who ate a diet rich in avocados had significantly higher levels of HDL cholesterol and lower levels of LDL cholesterol than those who didn’t eat avocados. What’s more, the participants who ate avocados also had a much lower risk of heart disease.

The antioxidants in Mexican food can help to reduce inflammation in the body. These benefits are thought to come from the phytochemicals in Mexican food, which are plant-based compounds that have been shown to have anti-inflammatory effects. One study found that people who ate a diet rich in phytochemicals had lower levels of markers of inflammation, such as CRP and TNF-alpha, than those who didn’t.

Though Mexican food is delicious, it can be heavy and greasy. Most Mexican dishes are made with lard, which is not the healthiest cooking fat. Refried beans are another common ingredient in Mexican cuisine, and they are often made with pork fat. Mexican food also tends to be high in sodium.

If you are trying to watch your sodium intake, be sure to check the labels on prepared foods, and limit your intake of salty condiments such as soy sauce, fish sauce, and chili sauce. When dining out, ask your server about the sodium content of dishes, and request that your food be prepared without salt.

Most Mexican food contains a variety of unhealthy fats. These include saturated fats, which can clog your arteries, and trans fats, which can increase your risk of heart disease.

In addition, many Mexican dishes are fried. This means that they’re high in calories and fat.

If you’re trying to eat healthy, it’s important to limit your intake of Mexican food. You should also avoid dishes that are fried or covered in cheese or sour cream.