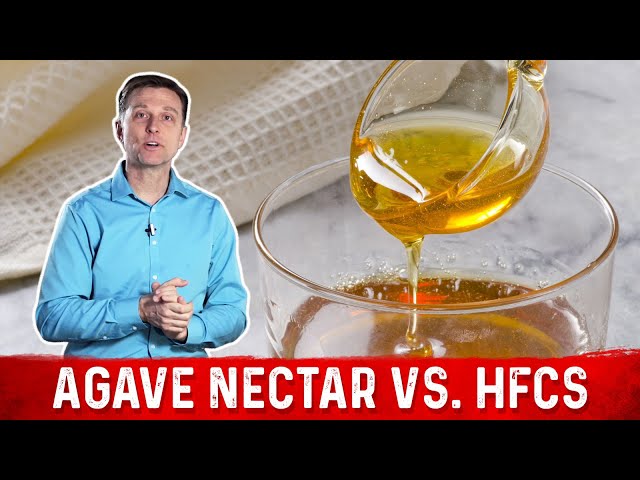 Agave nectar is a natural sweetener made from the sap of the agave plant. It has a lower glycemic index than sugar, so it doesn’t cause spikes in blood sugar levels. But is agave nectar healthy?

Agave nectar is a natural sweetener made from the agave plant. It has a similar sweetness to honey, but it is often used as a sugar substitute in cooking and baking.

Agave nectar does contain some nutrients, including iron, calcium and magnesium. However, it is also high in fructose, which can be harmful to your health in large amounts. It is important to moderate your intake of agave nectar if you do choose to use it as a sweetener.

What is Agave Nectar?

Agave nectar is a type of natural sweetener that is derived from the agave plant. This product has been used for centuries in Mexican and Native American cuisine, and it is now becoming more popular as a healthy alternative to sugar.

Agave nectar is made by extracting the juice from the agave plant and then filtered and heated to create a syrup-like substance. The final product is about 60% fructose and 20% glucose, which makes it a very sweetener.

Related Articles >  What is a Healthy Pulse Rate?

Many people believe that agave nectar is healthier than sugar because it has a lower glycemic index and does not cause spikes in blood sugar levels. Additionally, agave nectar contains no artificial ingredients or chemicals.

Despite these benefits, some experts question whether agave nectar is truly healthy. One concern is that the high fructose content in agave nectar may contribute to obesity and other health problems such as fatty liver disease. Additionally, the processing of agave nectar can strip away many of the nutrients that are found in the raw plant juice.

Overall, agave nectar appears to be a safe and healthy alternative to sugar, but it is important to consume it in moderation. If you are interested in trying agave nectar, look for it in health food stores or online retailers

The Pros of Agave Nectar

Agave nectar is a natural sweetener that comes from the agave plant. It has a lower glycemic index than sugar, so it won’t cause spikes in blood sugar levels. Agave nectar is also a good source of antioxidants and can help promote healthy digestion.

It has a low glycemic index

Agave nectar is a type of syrup that is made from the sap of the agave plant, which is native to Mexico. Agave nectar has been used as a sweetener for centuries, but it has only become widely available in the United States in recent years.

One potential benefit of agave nectar is that it has a low glycemic index. This means that it does not cause a rapid spike in blood sugar levels when it is consumed. Instead, it is slowly absorbed into the bloodstream, which can help to maintain steady blood sugar levels.

This is important because spikes in blood sugar levels can lead to feelings of fatigue and hunger, as well as an increased risk of developing type 2 diabetes. Therefore, foods with a low glycemic index are often considered to be more healthful than those with a high glycemic index.

Agave nectar also contains some antioxidants and vitamins, although not in very large amounts. It also contains small amounts of zinc, iron, and calcium.

It is high in fructose

While agave nectar is a natural sweetener that comes from the agave plant, it is still high in fructose. Fructose is a type of sugar that is metabolized differently than other types of sugar and can lead to health problems like insulin resistance and fatty liver disease.

The Cons of Agave Nectar

Agave nectar is often touted as a healthy alternative to sugar, but is it really? Let’s take a closer look at the pros and cons of agave nectar. While agave nectar does have some benefits, there are also some downsides to consider.

Agave nectar is a processed food, which means it has been through a lot of steps before it gets to your table. The product starts out as the sap from the agave plant, which is then filtered and heated until it finally becomes the thick syrup that we know as agave nectar.

While this processing does remove some of the nutrients from the sap, it also concentrates the sugars, which can be detrimental to your health. Agave nectar is very high in fructose, a type of sugar that has been linked to many health problems including obesity, insulin resistance, and heart disease.

It can contribute to weight gain

While some people believe that the high fructose content in agave nectar makes it a healthier alternative to other sweeteners, the truth is that it can actually contribute to weight gain. Not only is it high in calories, but it can also raise your blood sugar levels very quickly.

If you’re trying to lose weight or maintain a healthy weight, agave nectar is probably not the best sweetener for you.

The bottom line is that agave nectar is a concentrated source of fructose. It’s no better or worse than other sweeteners like honey or cane sugar.

If you’re looking for a healthy alternative to sugar, agave nectar is not it. There are better options like stevia, erythritol, or xylitol.